Strawberries averaged $2.40 per 1-pound clamshell around the U.S. the week ending Aug. 16, according to the U.S. Department of Agriculture’s National Retail Report for Specialty Crops, which looks at on-ad prices. That’s down nearly $1 from last year’s price of $3.32.

According to U.S. Marketing Services data, which samples four retail chains in eight markets across the country, the Aug. 14 average price for the same product was $2.73, with the strawberries on ad at 18 of 32 surveyed stores. 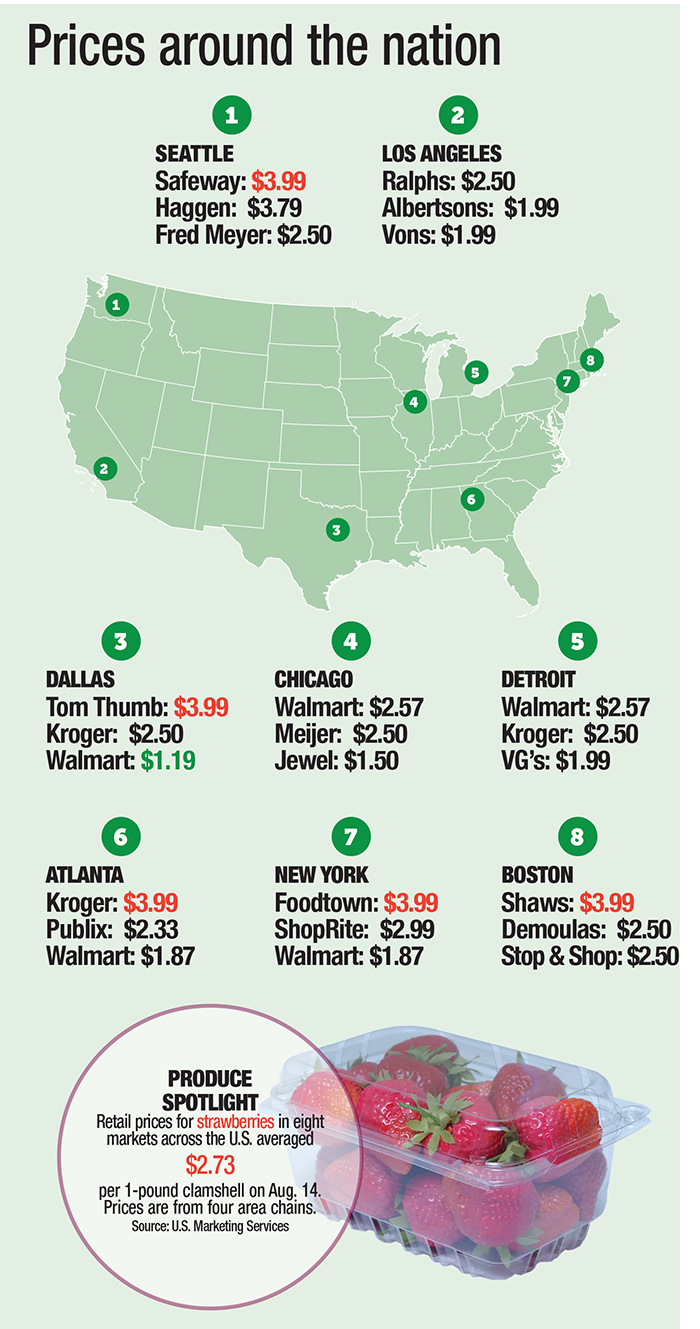 Shopper perspective: Why do you buy (or not buy) organics?

Some supermarkets carry more organically grown fruits and vegetables than…

My old college program emphasized that each course pushed improving our…