Cantaloupes averaged $1.97 each around the U.S. the week ending Aug. 23, according to the U.S. Department of Agriculture’s National Retail Report for Specialty Crops, which looks at on-ad prices. That’s a drop of just over $1.50 from last year’s average price of $3.49.

According to U.S. Marketing Services data, which samples four retail chains in eight markets across the country, the Aug. 21 average price per cantaloupe was $2.75, with the fruit on ad at 9 of the 32 surveyed stores.

Target had the lowest price in Atlanta, at $1.99; Stater Bros. was the lowest in Los Angeles, at $2, and Fred Meyer was the least expensive in Seattle, at $2.79. Find more pricing for each region below. 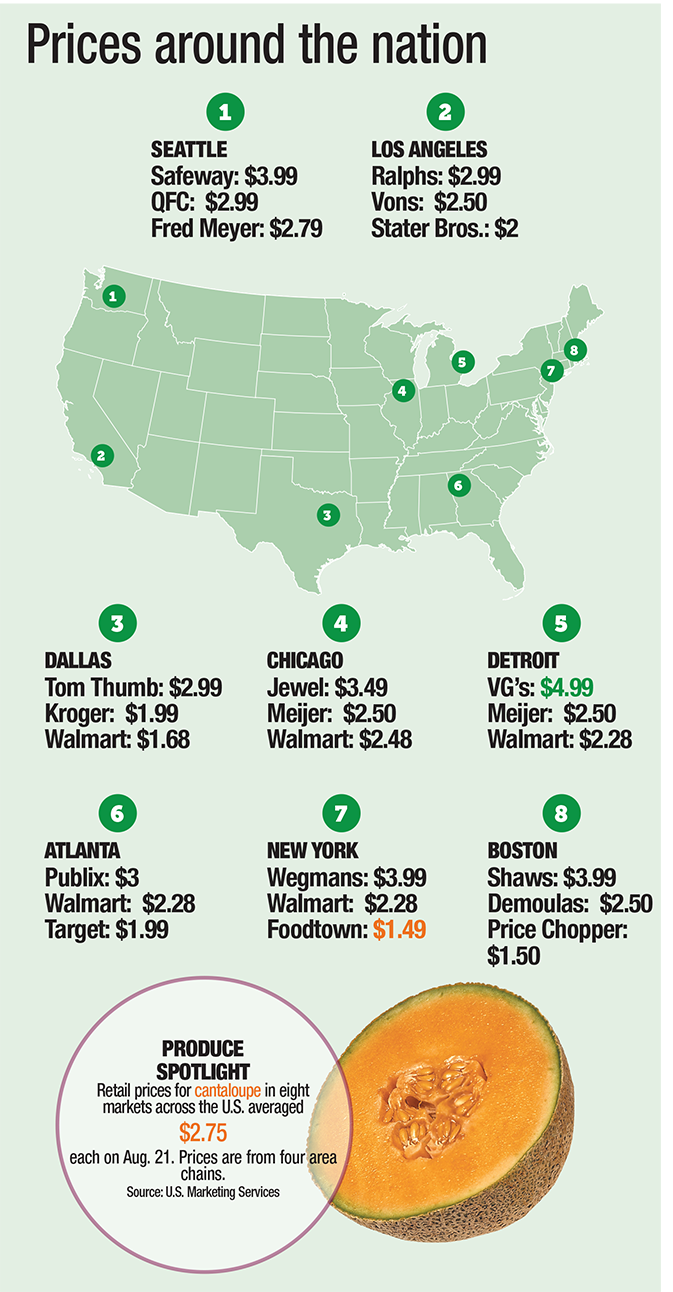 Farm Journal, the parent company of Produce Retailer and The Packer, is…

A new survey by Category Partners indicates shoppers have been adjusting…

With the weeks-long crush of panic buying fading, grocery retailers are…